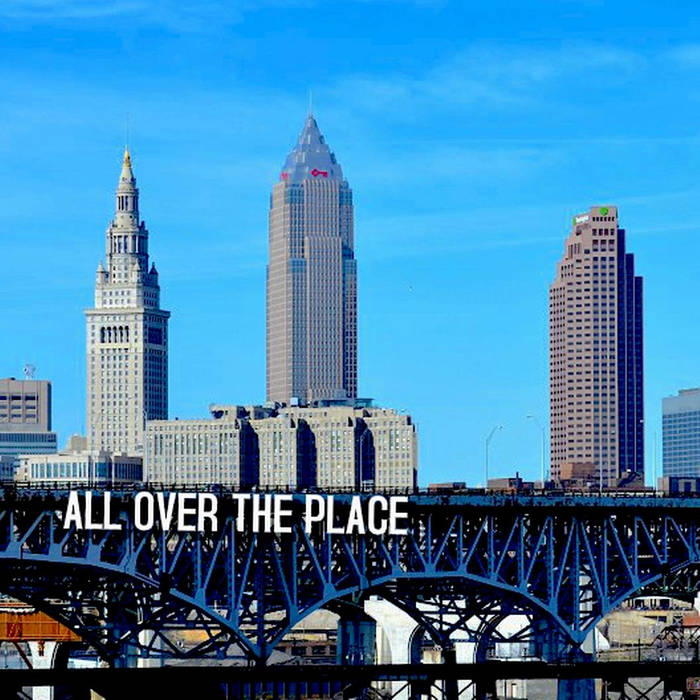 Over the summer, every Thursday evening, there is a community campfire at the Schrader Environmental Education Center. Natives and newbies sing songs and melt marshmallows to make S’mores. This feast is followed by a public astronomy program which is always astonishing.  I have always found stars fascinating.  All Over the Place takes me back to those stargazing times, they are a talent that twinkles, their music has a magical glow.

With many members – Wes Meadows on vocals, guitar, and trumpet,  Andy Ondrejech – alto sax,  Jesse Lowers – drums and keys,  Emmet McGrath – trombone, Kellen Bearden – bass and vocals,  Noah Crowe – trumpet and vocals, Cy Aalaei – tuba, trombone, and baritone, and Rachel Rouwenhorst – trombone and vocals, All Over the Place is a familiar face in the local music scene.  With several sometimes members:  SKAtch On The Rocks on horns, Dan Socha – trombone and guitar, Tommy White – trumpet, Peter Harmon – guitar and keys, Tyler Schulte – guitar and keys, Kirby Suntala  – trumpet, and  Izzey Coffin – guitar, All Over the Place is an effulgent experiment.  Their third full-length album looks at music through a new lens.  It is a new nebula, with upwards of 10 members present on each track.

The album is a clear cluster of ten  celestial songs.  It is astronomical art!  It gives you access to their galaxy, together all the members comprise a creative constellation.  You can see All Over the Place at their next show, The Big Idea Little Fundraiseer House Show, which is Saturday February 20th at6:30 P.M. at Down Launder.